Whether giving a nuanced performance as Johnny Cash’s good friend and guitarist Luther Perkins in the Oscar-winning biopic Walk the Line, exploding on stage singing and/or playing guitar while fronting acclaimed bands Blanche and Goober & the Peas, using his voice-acting skills for multiple national advertising campaigns, or bringing hundreds of characters to life as an Audie Award-winning audiobook narrator, Dan John Miller carves and shapes singular, exceptional performances and characters.

In addition to Walk the Line, he has appeared in many other films, including George Clooney’s Leatherheads Richard Loncraine’s My One and Only (Renee Zellweger) and James Ponsoldt’s The End of the Tour (Jason Segel). 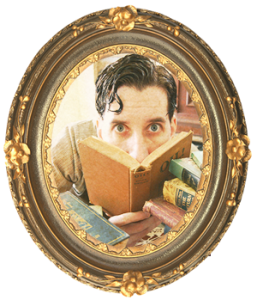 As the singer and songwriter for gothic country-rock band Blanche, he has toured worldwide, and the band’s album If We Can’t Trust the Doctors… was nominated for the Shortlist Prize by filmmaker Jim Jarmusch in and was chosen by esteemed British music magazine Uncut as #33 in their Top 100 Albums of the Year. The band was also chosen to perform for the BBC’s Electric Proms in London in support of their acclaimed second album Little Amber Bottles. Before Blanche, Dan fronted seminal country-punk heroes Goober & the Peas, and later the short-lived but enthralling Two Star Tabernacle, both of which also featured Jack White and Damian Lang (Detroit Cobras).

An Audie award-winning voice-actor and audiobook narrator, he has garnered 10 Earphones awards, 3 Publishers Weekly Listen Up! Awards, 5 Audie nominations and has been named a “Best Voice” by Audiofile magazine 5 years running. He has narrated over 200 audiobooks, by authors that include Pulitzer Prize winner Philip Roth, Pat Conroy, Philip K. Dick and John Green.

Dan served as music composer for the acclaimed Grammy-nominated documentary film “Johnny Cash’s America.” The film was directed by Oscar-winning director Morgan Neville, debuted on The Biography Channel and was released internationally by Sony/Legacy.

As a solo artist, Dan was chosen to perform at Pulitzer Prize-nominated author Dave Egger’s “Revenge of the Book-Eaters” benefit concert, and has shared the stage with country legend Ralph Stanley, Josh Ritter, Alejandro Escovedo, John Wesley Harding and Jon Langford of the Mekons.

He also performed on the Grammy winning album Van Lear Rose by Loretta Lynn, as well as the Grammy-nominated self-titled album by country music legend Charlie Louvin, of The Louvin Brothers. He has appeared in music videos by The Melvins, Loretta Lynn, The White Stripes and The Soledad Brothers, as well as co-directing the music video ‘Hotel Yorba’ by The White Stripes.

Miller also appeared on stage in a production of AG Gurney’s Ancestral Voices, along with Elaine Stritch and Edward Herrmann.

Dan has lived his entire life in the Detroit, Michigan area, and is married to artist Tracee Mae Miller, who also plays bass and sings in Blanche. They live on an acre in their 1930’s farmhouse with their daughter, Frances and son, Hollis.