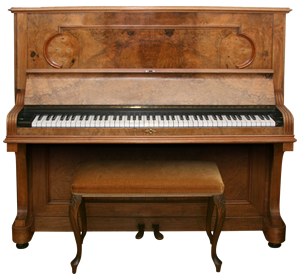 Dan John Miller began his music career fronting alt-country rock pioneers Goober & the Peas, whom the Austin Chronicle called “the most exciting live band in America” following their performance at the South By Southwest festival in 1993. The band released two acclaimed albums while touring extensively, with bands such as Morphine and Uncle Tupelo, headlining the Transmusicales Festival in France, and opening for The Red Hot Chili Peppers, Nick Cave and the Bad Seeds, Screamin’ Jay Hawkins and Bob Dylan.

Next was a collaboration with Jack White, drummer Damian Lang (Detroit Cobras) and Dan’s wife Tracee Mae Miller called Two Star Tabernacle, that again mixed elements of raw country and rock. The band’s only recording was a 45 for Bloodshot Records for which they teamed up with R&B legend Andre Williams.

Currently, Dan and his wife (artist Tracee Mae Miller) front the gothic country-garage band, Blanche. The band’s critically-acclaimed debut album, If We Can’t Trust the Doctors was released on Cass/V2 Records at the end of 2004. The album was nominated for The Shortlist Prize by filmmaker Jim Jarmusch, and the band toured worldwide, playing festivals in England (Reading/Leeds), Ireland (Vital), France (Rock de Seinne), Belgium (Pukkelpop) and Holland (Lowlands), while touring the UK with The Handsome Family, The White Stripes and Calexico.

Blanche’s follow-up to that album, Little Amber Bottles was released in 2007 to much critical acclaim, and the band was chosen to perform at the BBC Electric Proms. The band has been on a hiatus while the Millers focus on parenting duties these days.

Plans are festering for a solo album, as well as more Blanche and Goober & the Peas music in the near future.